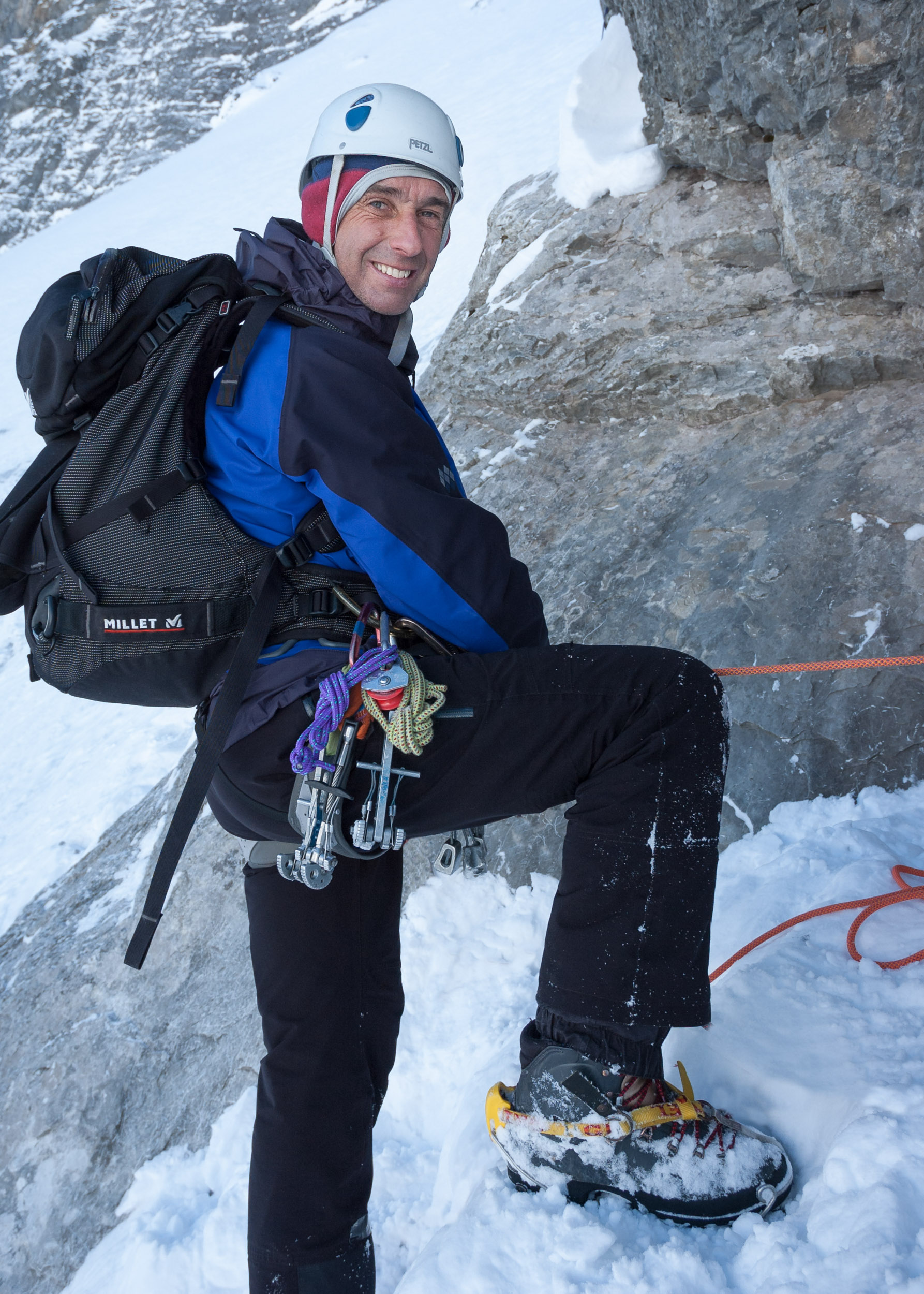 “Cubby” is a climber and photographer, and we’re delighted to say… is also the Festival’s Patron.

He was born and educated in Edinburgh where the lofty heights of the Pentland Hills provided humble beginnings. In his pre-teens, The Life Boys, if anything, kept him off the streets at night but more significantly they encouraged leadership skills and responsibility. In time The Boys Brigade provided a more formal introduction to hill walking, camping and orienteering – this was his real education!

By the age of twelve he had already climbed a number of Munros, often by way of a less ordinary route such as a traverse of the Aonach Eagach or the Carn Mor Dearg Arete, and nearly always with his buddy and lifelong climbing partner Rab Anderson.

Cubby left school with a few “O” levels (having repeated a year), opted out of Art College, trained as a ski mechanic and decided he wanted to lead a life as a professional climber! He moved to Glasgow where he was offered a job and already it would seem that climbing was opening doors and creating opportunities. He started guiding in the late seventies, initially with Mal Duff in the Alps where he met the wizened old guide of British climbing Geoff Arkles. Geoff took him under his wing and encouraged him to start the training programmes to become an international mountain guide. He finally qualified in 1987. In those days a number of those who showed an interest in guiding did so illegally, as he had done in the Alps, working under the influence of established guides. Nowadays of course it’s unheard of.

In the 70’s, 80’s and 90’s Cubby was the elite vanguard of Scottish climbing. Even in today’s highly competitive climbing scene few have excelled in all disciplines of British climbing. His legacy of legendary climbs command the utmost respect and have even been described as ‘bad ass’ by the most recent generation of young Scottish climbers.

By the beginning of the eighties his heart yearned to connect with a mountain environment on a more permanent basis so he eventually moved to the Highlands, Glencoe specifically, to further his passion for climbing and a life in the outdoors. He never looked back.

Cubby makes a living as an international mountain guide which he combines with photography and providing safety and consultancy to the TV and film industry.
​
Some of his more prestigious assignments include Five Days One Summer (Sean Connery), the recent Everest movie (Kiera Knightly and Jake Gyllenhaal) and Touching the Void; in the latter Cubby played something of a starring role when he doubled for Joe Simpson and re-enacted stunts for one of the most famous falls in climbing history. 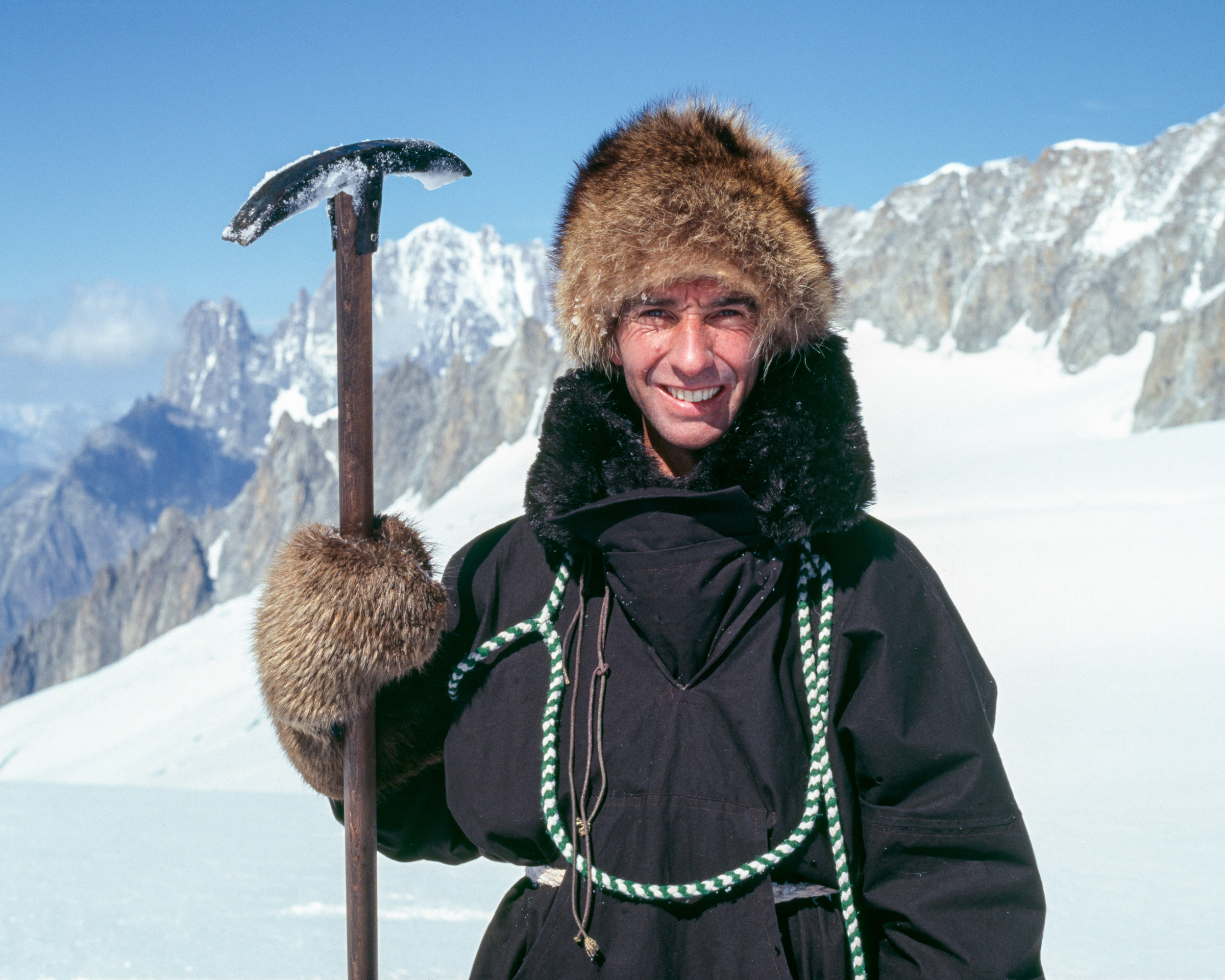 His work in media and as a mountain guide has taken him all over the world. But it was not until the mid-nineties when he founded Cubby Images that he started working as a professional photographer. Initially the focus was on climbing and outdoor photography but it wasn’t long before he developed an intrigue for landscapes. Much of his work adorned the pages of the popular magazines at that time, not to mention books calendars, tabloids and catalogues etc. Clients have included Berghaus, Vango, Red Bull, and Vodafone to name a few.

Cubby describes his work as a retrospective of his climbing past; “those formative years as a young climber pitted against the elements that Scotland’s mountains can throw at you. This is where I find inspiration; returning to my old haunts with a more mature eye and to somehow render the scene with a nostalgic edge and inseparable spiritual connection.”

While Cubby will always pursue an opportunity to photograph climbers in action his real passion is for landscapes and he looks no further than his old haunts close to home in Ballachulish. Exploring Glencoe’s hidden secrets and dark coires or traversing craggy skylines in search of something new, he will happily spend a night or two under the stars to re kindle old acquaintances for inspiration.

The rest they say is history. He avoids the temptation to indulge in a move by move account of climbing minutae and lets his climbing legacy do the talking, or should he say “his bairns” as the great Jimmy Marshall would say…

… and, like the proud father that he is, he too loved them all – winter and summer alike, each climb is complete and tells a story with its own peculiar charm!