From paddling high altitude rivers in Tajikistan to swimming the lakes of the Lake District, Watersports Selection brings you an enthralling and gripping evening of some of the best watersports adventures of recent times. We’ll visit little paddled rivers in far flung corners of the world and also bring it back to the UK where it is easy to find challenge and adventure close to home. 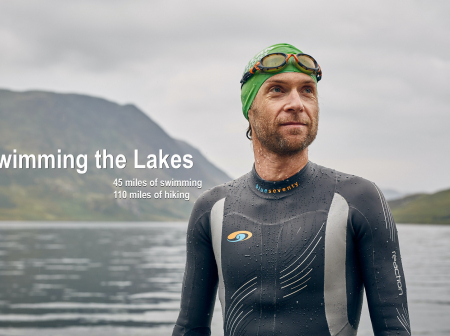 Inspired by his sister’s fight against cancer, Matt Williams sets out to become the first person to swim the length of 14 lowland bodies of water in the Lake District (UK) whilst hiking in between them in one go (45 miles of swimming & 110 miles of hiking). Along the way he also went over Scafell Pike and Helvellyn, and raised money for MacMillan Cancer Support. Shot in a fun, social media style with all narration done in real time we follow him and his team day by day basis through the challenge, and across the stunning landscapes of the Lake District National Park in the UK. 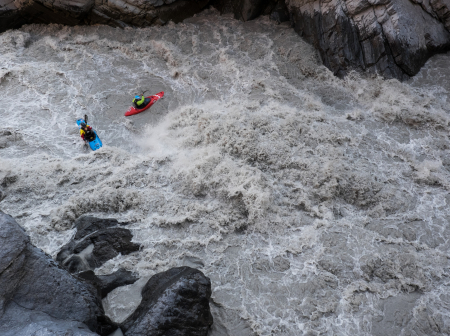 The Muksu is regarded as one of the most difficult rivers in the former Soviet Union, a glacial torrent cutting through a series of blind canyons in the thin air of the high Pamirs, known in the Tajik language as the “Roof of the World.” Just getting to the put in would involve six days of driving along the fabled Silk Road, and a 20-mile hike over a 15,000-foot pass while carrying boats and supplies for 10 days on the river. Only three parties had run the river before and the last, in 2013, had been forced to evacuate a team member due to high altitude pulmonary edema.

The mission was the final step in a seven-year project to run the most difficult and committing rivers in the former Soviet Union, including the Bashkaus in Siberia and the Sary-jaz in Kyrgyzstan. Trip leader Thomass Marnics of Latvia and filmmaker Olaf Obsommer of Germany had assembled a strong crew of international paddlers for the task.
The movie “THE LEGEND OF MUKSU” tells a story of great friendship, burning bridges and leaving everything behind you and a journey into the unknown to solve the RIDDLE! 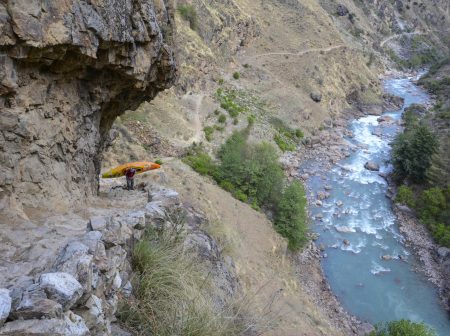 The Tears of Shiva

Change is part and parcel of development and Nepal is undergoing a major transformation. Using water resources to generate energy is one of its pillars for the future, even if this means paying too high a price. Four kayakers set out to descend the fierce waters of the Karnali, as part of an expedition to one of the country’s most remote and extreme rivers, with the intention of learning and enjoying the hidden secrets of this sacred river, before the lack of human consciousness destroys them forever.

Happiness and pack-rafting in the mountains, lakes and sea of Senja.