When it’s damp out it is time to run, and the Running Selection will bring you a great set of films showcasing the highest levels of perseverance, grit and determination. From Wales to Tajikistan and back to the Lakes, you can run anywhere, and all you need is a pair of trainers and sense of adventure. 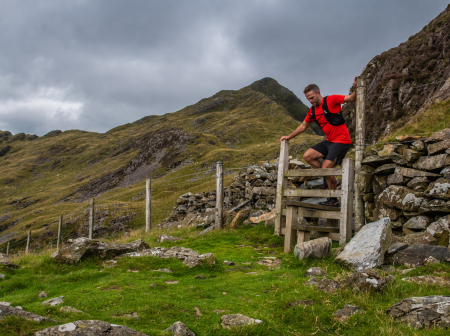 A film following ultra runner Huw Jack Brassington, as he attempts to run the notorious Paddy Buckley round.

The Paddy Buckley Round is a 100km fell running challenge that takes place in the mountains of North Wales. Those who are brave enough to take on the challenge, climb 8000 Metres over 47 of Snowdonia’s highest mountains. All who attempt it want to break the magical 24 hour barrier, as does Huw Jack Brassington. But when a massive summer storm hits Snowdonia this already monstrous challenge becomes almost impossible. As Huw battles against the weather he has to push the boundaries of his strength, endurance and determination further than he’s ever done before. 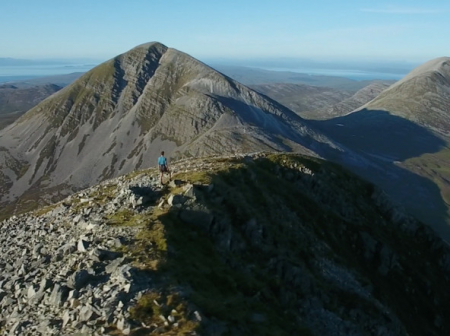 This is the adventure of young hill runner Louis MacMillan, from his home on the Keills Peninsula to the island of Jura to run the stunning route of the Jura Fell Race.
An island of rugged coastline, fierce whirlpools, and soaring mountains, Jura is one of the last true wilderness areas in Scotland. Despite its remoteness, the island can be reached from the mainland in under an hour with the Jura Passenger Ferry, for unforgettable experiences and adventures in this breathtaking landscape. 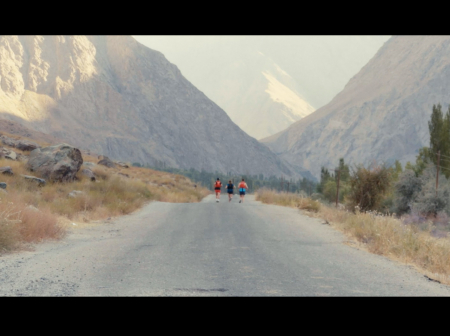 Like all good stories, this one begins with a drunken bet. Three friends, bonded by a love of running, were desperate to ditch their desks and go on an adventure. One night, after a few too many drinks, they placed a bet.

They would spin a globe and wherever their finger landed, they would run.

A part of the world few have heard of let alone travelled to. A country shrouded in a reputation of war and danger. A place of extreme heat during the day, dropping to dangerously cold temperatures at night. Where the altitude is so high, it feels like you’re breathing through a straw. Not exactly prime conditions for running.

They accepted their challenge. They would run across Tajikistan from the border of Afghanistan to the border of China, covering 500km in just 7 days – over a marathon a day, everyday, for a week. They would run through a valley of spectacular proportions, the locals call it ‘the roof of the world’. This is a story without finish lines or medals. Rather what happens when you trust in nothing but your own two feet, to carry you across one of the last truly wild landscapes on earth. Self-doubt, self-discovery and a whole lot of mountains. This film is a true adventure into the unknown. 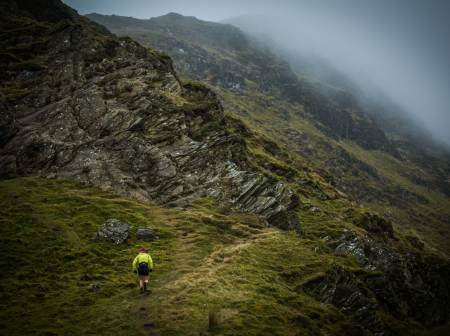 I am a Fellrunner

Fell running is more than a sport – it is part of an identity.
It requires self-reliance, the ability to navigate and survive in all weathers, racing over rough terrain which can be tough but intensely rewarding.

Fell running is rooted in the mountains of Cumbria with some iconic races set in the northern fells around Keswick. Yet competition is not the only objective. Through the evocation of a poem, ‘ I am a Fellrunner,’ explores the way in which one woman is defined as a fellrunner in the place where she belongs.

Courtesy of Ellis Brigham and Patagonia, you can enjoy some top quality running films, articles and interviews right now!

How to Improve Your Trail Running Technique

Wolfpack | The Family that Runs Together…