The Climbing Selection brings you up close and personal with some of the most incredible climbing feats of the year. Whether you climb or not, it is impossible not to be amazed by the physical and mental strength of these men and women. Although, it’s not all about pulling on the tiniest of holds on an impossibly steep roof. This selection of films is bound to leave you pondering your next adventure. And that adventure can start from your own front door!

A Feather in the West

In September 2019, a team of talented Irish climbers [Chloe Condron, Kevin Kilroy, Michelle O’Loughlin and Conor McGovern] travelled to the small island of Owey to explore sea cliffs that local guidebook writer Iain Miller claims, have “enough new routing potential to last at least twelve lifetimes”. ‘A Feather in the West’ is a film about their trad climbing experiences and the relatively niche pursuit of first ascents, set on the Wild Atlantic Way, off the west coast of County Donegal. 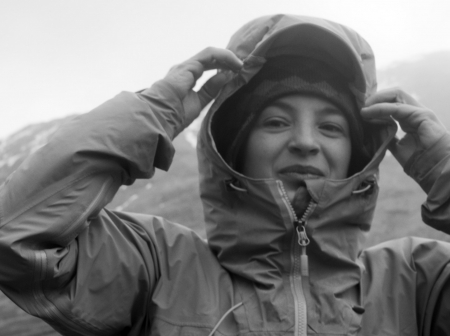 Called to the Mountains

The mountains of Western Scotland are can be imposing to some, but to others their remote and seemingly endless nature have a meditative appeal.

An avid and capable climber, Kirsty Pallas takes to the outdoors to offer her assistance as part of Mountain Rescue, an organisation made up entirely of volunteers.

This film puts a face to one of Oban’s local heroes, looking at her life, background and ambitions, and her connection to the mountains that she loves. 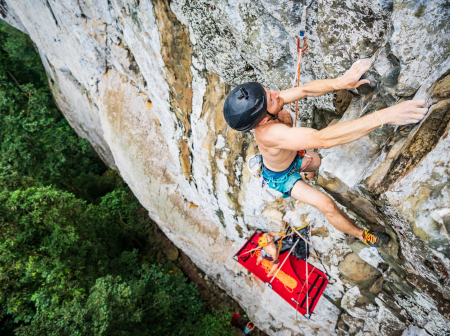 In the summer of 2018, an American climbing team completed a free ascent of the Pico Cão Grande tower in São Tomé & Principe. The trip was documented through photos and video.

Shortly after the Spanish ascents of Pico Cão Grande, the U.S. team of Sam Daulton, Remy Franklin, Tyler Rohr, and Mike Swartz arrived on São Tomé, also hoping to free Nubivagant. Daulton and Franklin each freed every pitch, including a one-day onsight push from pitch five to the summit. All team members reached the summit, achieving the first American ascent of the formation. A documentary film about the search for something unique in a remote and wild place, far from the big cities and the most crazy progress. Edu Marín, his father Francisco “Novato” and his brother Álex, embark on an uncertain adventure, in which the probabilities of success are low but the reward can be enormous. The determination of the Marin to conquer the largest roof in the world is absolute and nothing and nobody can stop them. The great arch of Getu is the main scenary for a story of joys, cries, unexpected obstacles, adverse weather, friendship and climbing. 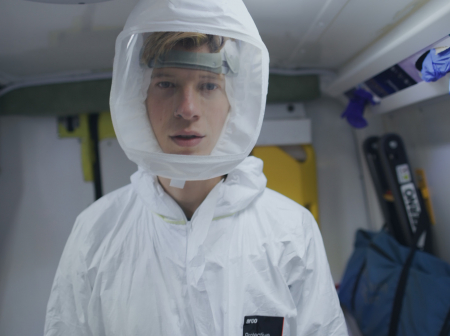 Lock Down Rock Up

Jerome Mowat takes us through the challenges he faced as a front-line paramedic during the global pandemic and how he used climbing as an escape.

Courtesy of Ellis Brigham and Patagonia, you can enjoy some top quality climbing films, articles and interviews right now!

Top 5 Ways to Improve Your Climbing

Robbie Phillips – There and Back Again

Despite years of climbing some of the best rock on the planet, there’s one place that keeps pulling Patagonia Ambassador Robbie Phillips back – Scotland. Join Robbie as he shares stories of how evenings spent playing on an Edinburgh golf course in his youth inspired him to explore big walls in Yosemite, climb South American first ascents, and most importantly appreciate what’s close to home.