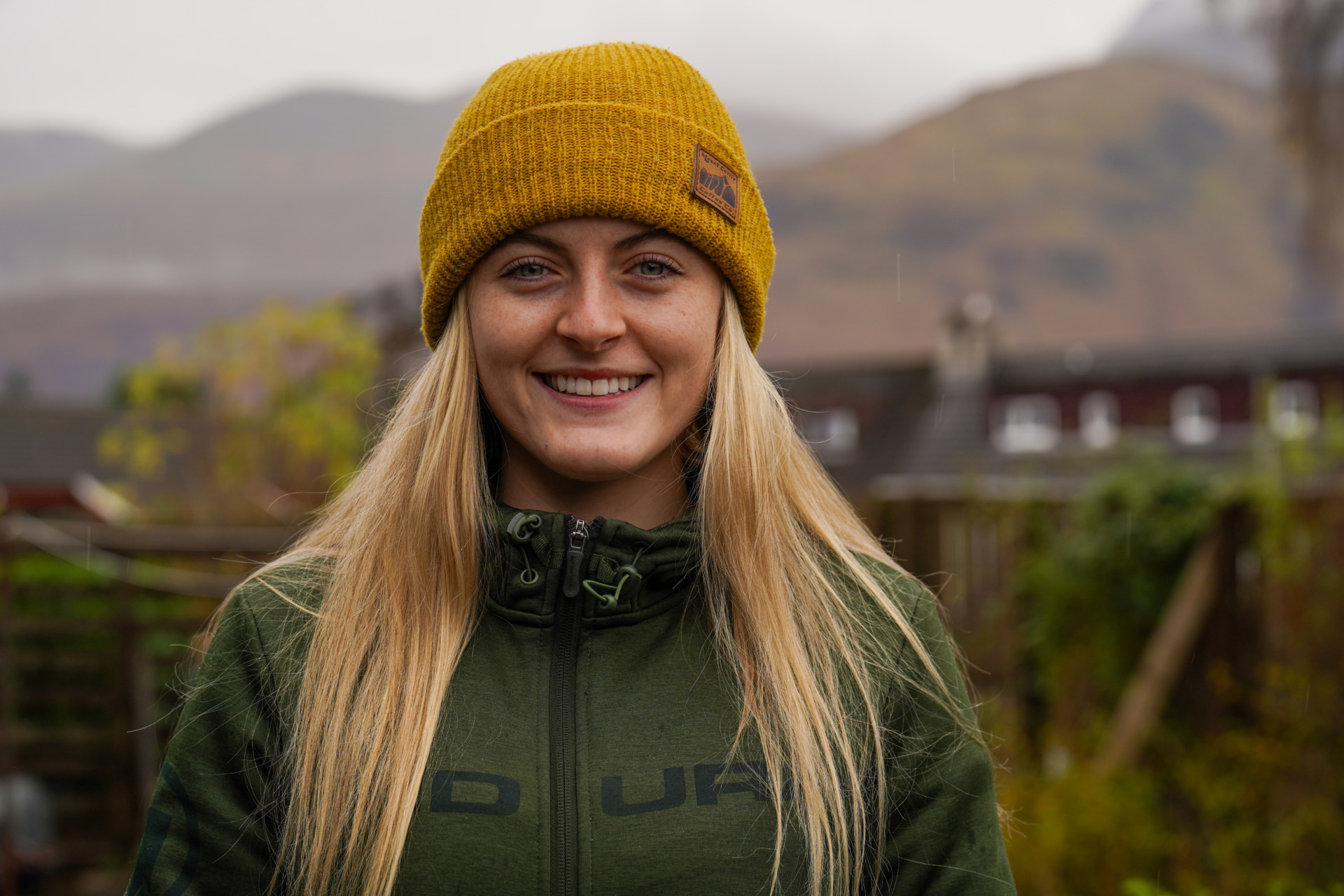 Mikayla Parton epitomises these winning principles perfectly. Her meteoric rise to the top of the international downhill mountain bike race scene, from riding her first trail bike in 2015 to placing fifth at the 2020 Mountain Bike World Championships, in only five years can be attributed to an obvious raw talent, constant hard work, dedicated training, motivation, focus and a dogged determination for success.

Lydia Rohmer, Principal and Chief Executive, West Highland College UHI, said: “West Highland College UHI continue to be privileged to sponsor The Scottish Youth Award for Excellence in Mountain Culture. We are delighted that this year’s recipient is not only an Alumni from our School of Adventure Studies, but that Mikayla remains committed to her sport and her own development; it’s what this award is all about. The qualities of resilience and determination are what we endeavour to instil in all our students. We wish to send our congratulations to Mikayla and wish her every success in her future career.”

Mikayla was late to the sport of mountain bike racing. She got her first downhill bike, aged about 17, competing in her first race at Innerleithen in the Scottish Borders just a week later. From that moment on she was addicted – the adrenaline, the tracks, the people, the noticeable progression.

Her first downhill race win came at Nevis Range in May 2017. After multiple wins over the next year and a half in the Senior Women’s category she made the giant leap to the Elite racing circuit. In 2019 Mikayla was not only crowned Scottish Downhill Champion, she also grabbed her first Elite podium finish, 2nd place, in the final round of the UK National Downhill Series. She competed in her first race overseas and in her first UCI Mountain Bike World Cup races.

Despite the pandemic in 2020 Mikayla had a fantastic race season. she was Great Britain’s highest placed finisher at her first UCI Mountain Bike World Championships, at Leogang, in an impressive fifth place, with two top ten results on the World Cup circuit.

Chris O’Brien, CEO of Nevis Range, said: “We are delighted to see Mikayla Parton being honoured with such a fantastic award. Having achieved so much at the highest level of Downhill Mountain Biking in such a short period of time, it is thoroughly deserved.

“With such hard work and determination, we are excited to see Mikayla progress even further in the next few years. We are very proud to have her as part of the Nevis Range family, a true inspiration to the Mountain Biking Community of Fort William!”

Mikayla Parton is an extremely talented professional downhill racer, known on the international racing circuit as a ‘Privateer’. She doesn’t have the backing and benefits of a factory racing team, rather she has the support of a few loyal sponsors including Greenpower, Nevis Range, Trek Bikes, and Endura. She foots the bills for her pro-racing career herself, making her own travel plans and logistics arrangements and keeping her own bike race-ready, whilst calling in favours wherever she can.

In order to make ends meet she is a soap scientist, hand-making soap and skincare products for The Highland Soap Company. She has also been part of the Nevis Range Ski School team for many years, working as an instructor in the winter months.